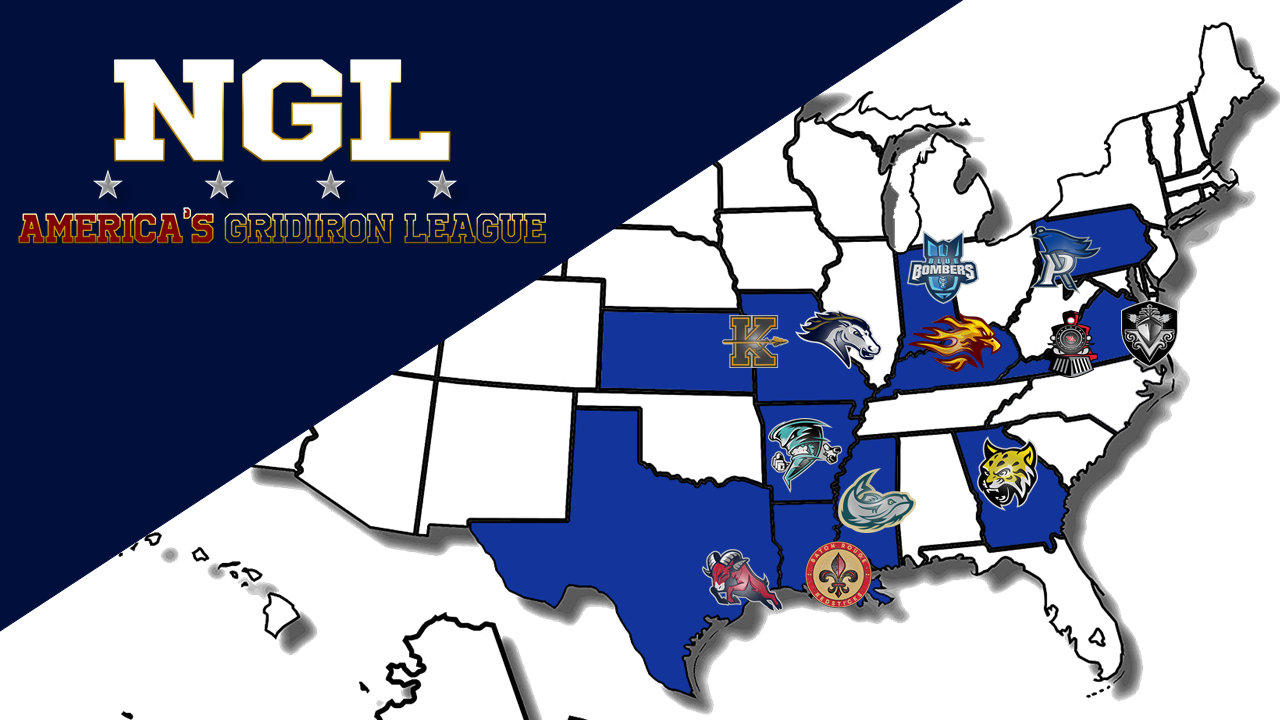 The National Gridiron League (NGL) is an American professional football league. It is composed of 12 teams based throughout the United States southeast and mid-west states. The NGL is one of the six major professional sports leagues in North America.

Established in October of 2017, the NGL is America's premier spring football league with an annual kickoff set for March of each calendar year.

The league's inaugural season of competition was initially set for the spring of 2020, but health concerns created by COVID-19 derailed those plans. The kickoff season has been adjusted for March of 2021, with 12 teams set to compete in the inaugural season.

The NGL will crown its first league champion franchise in August of 2021 with two teams (one from the NGL's eastern conference and one from the NGL's western conference) competing in an annually held championship game named the United Cup Championship. The annual event will be hosted at a prearranged neutral site venue in August of each calendar year.

The National Gridiron League is headquartered in Atlanta, Georgia.

The mission of the National Gridiron League is to utilize sports as a catalyst to redirect communities through programs that provide fundamental values and leadership skills, while having a positive economic impact on local communities.

Every member of the NGL community embraces our unique leadership role in society, and assumes the trust, character, and responsibility that comes with that role. We bring fans and communities from all walks of life together to celebrate a game that is constantly evolving, balancing the authenticity of tradition with the power of innovation.